Alexander Tkachenko on how VNX started. Based on Finnovators Podcast - VNX
Precious Metals Allocation Lookup
Every token is backed by allocated physical precious metal. Use this tool to lookup the serial number and information about your precious metal.

Alexander Tkachenko on how VNX started. Based on Finnovators Podcast

Finnovators Podcast released an episode with VNX CEO Alexander Tkachenko discussing how Alexander came up with the idea of creating VNX Gold and what is the story behind the project. In this article we have collected for you the most exciting parts of the episode about VNX journey and our founder. 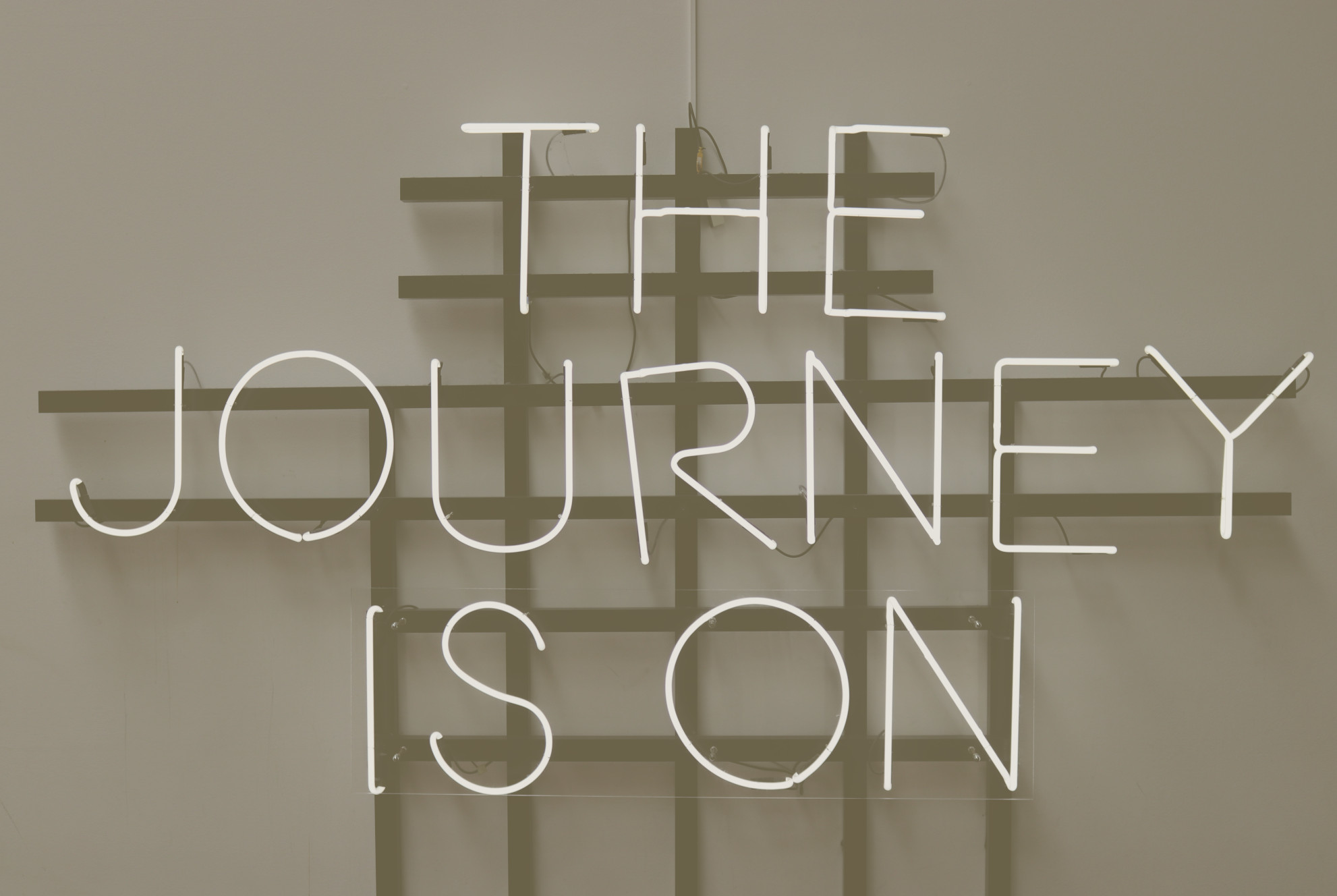 Q: You are the Founder and CEO of VNX, a Liechtenstein based tokenizer of precious metals. Before we get into the mission of VNX I would like to know a bit more about you Alexander. What was the journey that brought you here to found VNX?

A: I was actually a VC before founding VNX and I managed an early-stage fund called 2be (2be.lu) based in Luxembourg. And the fund invested into early-stage startups in artificial intelligence, blockchain. And in 2017 speaking with one of the LP’s I understood that there is a wish to buy something like $1.5 million of Bitcoin, which astonished me. It was early 2017, so I started to dig more, how is it possible to do, what’s the Bitcoin, I started to learn about the ways to invest money – normal KYC, AML compliant fiat money into the Bitcoin. At that time actually it wasn’t that easy, but through doing all of this I actually got an understanding that blockchain is quite likely the third or the backbone of the third revolution that I’ve seen. The first one being Internet, then mobile – that can completely change the way financial markets operate or many other things operate.

Which actually led to the development of VNX, because I saw how blockchain can affect asset tokenization. And through a number of iterations now we VNX is the company registered with the regulators, I believe one of the first in Europe to tokenize precious metals and in essence to issue stablecoins backed by physical gold in the first instance, but it would be silver, platinum, etc.

Q: And why exactly tokenization of precious metals? If you said you were intrigued by that LP getting into Bitcoin, so, why not just become a Bitcoin trader?

A: It’s a very interesting question, because it interacts on the number of fronts. One is – there’s always an opportunity which is huge, but that normally should be interacted with the capabilities that you have in order to address the opportunity. I come from a VC or entrepreneurial background and I didn’t really see myself becoming a trader or Bitcoin trader, you know. In that particular sense, no competitive advantage from my side.

The asset tokenization did seem to me a very necessary thing for the blockchain in 2017-2018, simply because there were a lot of coins, many of which were not really representative of anything and they still are. While the main value that I saw was actually a representation of traditional finance or of commodities. So, I saw a lot of things that this new technology can add to the traditional assets, and coming from the traditional background I felt that this intersection at least I could address.

And this is how I focused on what I felt was necessary for the market. Trustworthy items which are backed by something real, you can rely on, the value of which will not go down to zero. And at the same time my capability or my ability to deliver this. So, these two things let me focus on asset tokenization.

A: I was once very bluntly asked at the panel: why did I leave my very comfortable job, basically telling others what to do, to be actually told what to do myself. I don’t really know the answer to be very honest, I just felt that this opportunity really matched with what I could do. I didn’t see other people in this space who I could back and I thought I’m probably more qualified to do it. And then, you know, you get into this and you don’t think about it anymore.

But whether it was the right decision for me – yes, for sure, I believe so. Again, I don’t regret it at all, whether I learn from it alot – yes, for sure. Whether it will make me a much better VC investor in the future – yes, for sure. Because I’ve learned so much by doing all of this, that I think you know now I have two heads – being a VC investor – I much better understand what the founding teams go every day through. But at the same time, as we see, I think I can also understand how the company develops, what are the stages etc, etc.

But entrepreneurship is extremely hard, I think it’s somehow glorified a lot in the current days, but it’s extremely stressful if you do it right, and if you care about what you do. It’s not necessarily rewarding that simply – a lot of failures, the market conditions are getting tougher and tougher, therefore the market in general is not very forgiving, but in the downturns it’s not forgiving at all. Therefore, I think people who are thinking of becoming entrepreneurs should really be preparing or bracing themselves for a long haul and not necessarily very pleasant ride. That’s, for sure, advice that I would give. But those who for sure just built for this or they have these characteristics of doing it and my advice to those who feel that this is their passion, this is what they want to do – then do for sure, then don’t even stop thinking.

Q: What about the rest of the team at VNX? Where are they based? How many are you? What kind of personalities do you have on the team? 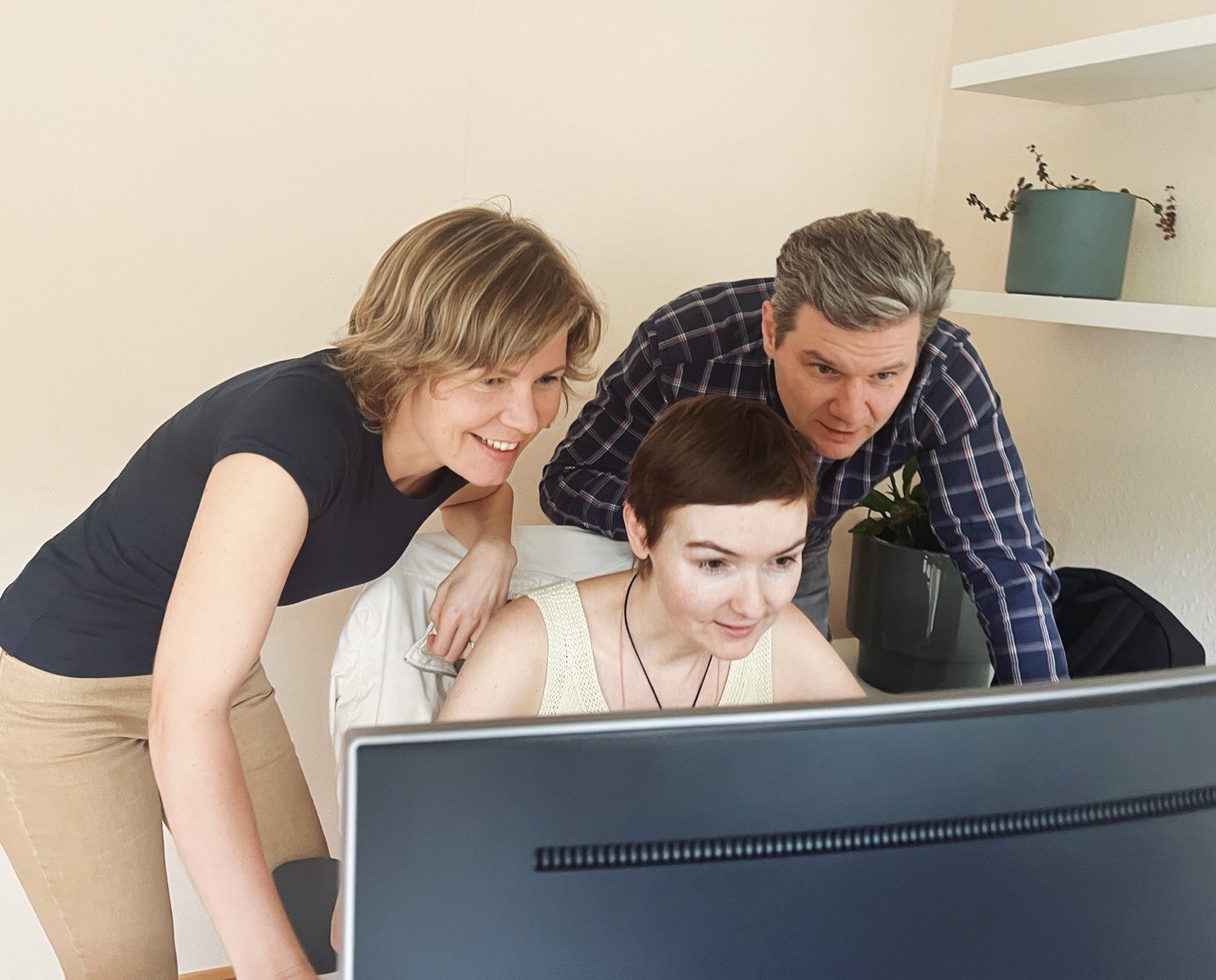 Q: Why did you choose this tiny country [Liechtenstein] next to Switzerland as your base?

A: When we were chatting prior to hitting the recording button, you mentioned that the European MiCA is to large extent based or takes inspiration from the Liechtenstein legislation. And Liechtenstein was the country that developed this comprehensive legislation. At the same time, Liechtenstein in traditional finance is seen as one of the traditional wealth management countries together with Switzerland. It has a trading facility, a very large golden trading facility, so there were many points that led to it. And, of course, in order to tokenize gold you need to have gold itself and the place to store it. So that led us to the choice of Liechtenstein. And being in this space or in crypto space there are a lot of players with dubious claims, so to say, we felt with traditional assets it’s necessary to be on the regulated side. We need to be 100% transparent on how we operate, what assets we hold, we need to be supervised by the regulators, we need to do everything by the book, because a lot of it is trust based. And we need to have it. So, that’s actually the reason why we choose Liechtenstein.

Interested to know more about VNX Gold? Listen to the full version of the podcast on Spotify and stay tuned for future updates!

VNX Gold token is now available on Emirex
We are delighted to announce that Emirex crypto exchange has listed VNX Gold token. Starting from 27 September 2022, VNXAU/USDC pair is available for trading on the exchange.
Sep 28, 2022

A Brief Look at Why Tokenization is Important in the Blockchain Space
Tokenization is one of the many sectors that blockchain technology has already transformed, and it has also changed our understanding of and approach to utilizing tokens. It has emerged as one of the most promising mediums for exchange online, owing to its ability to represent actual assets in the form of virtual assets.
Aug 5, 2022 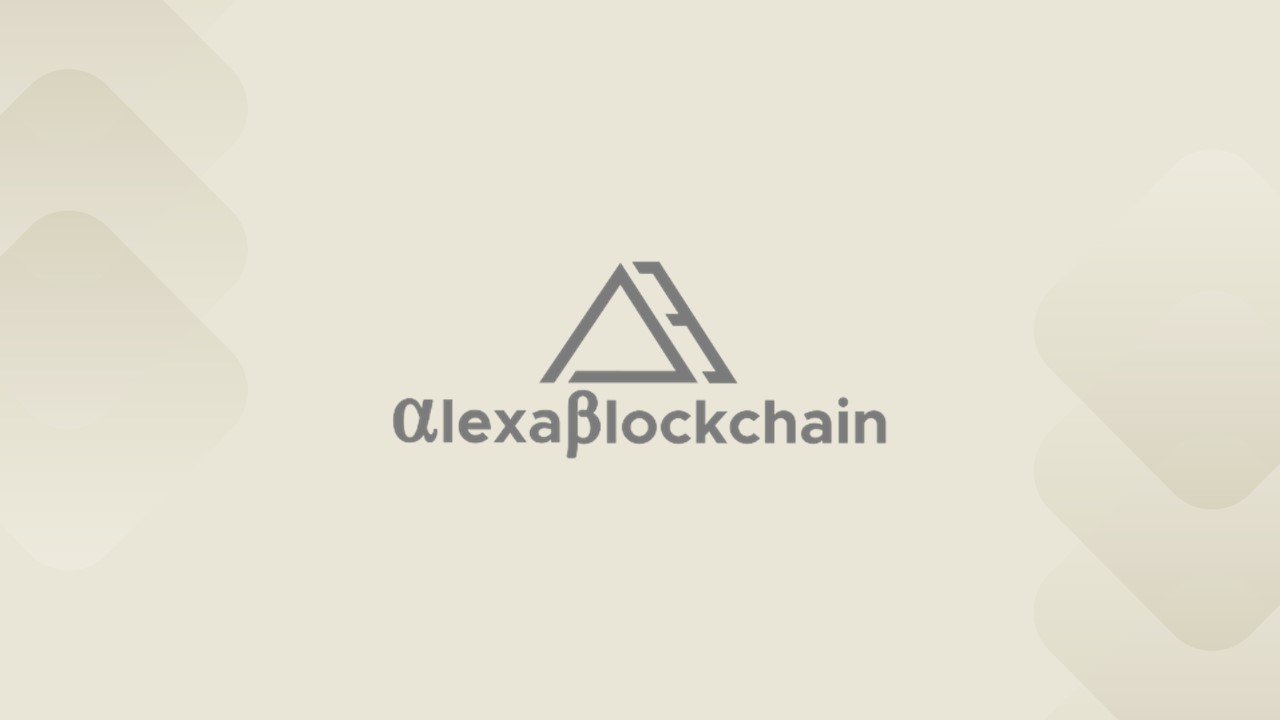 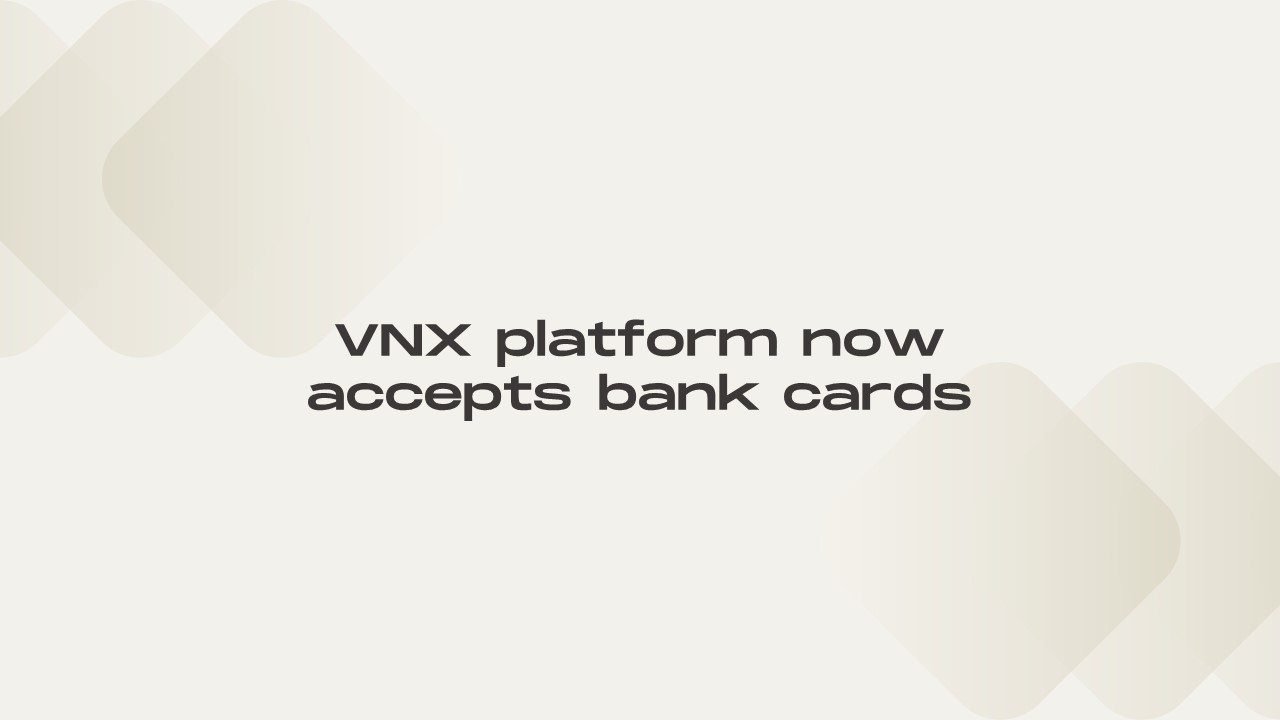 VNX platform now accepts bank cards
We have added the ability to top up VNX platform balance with bank cards. The purchase of gold is now even faster and more convenient.
Jul 20, 2022 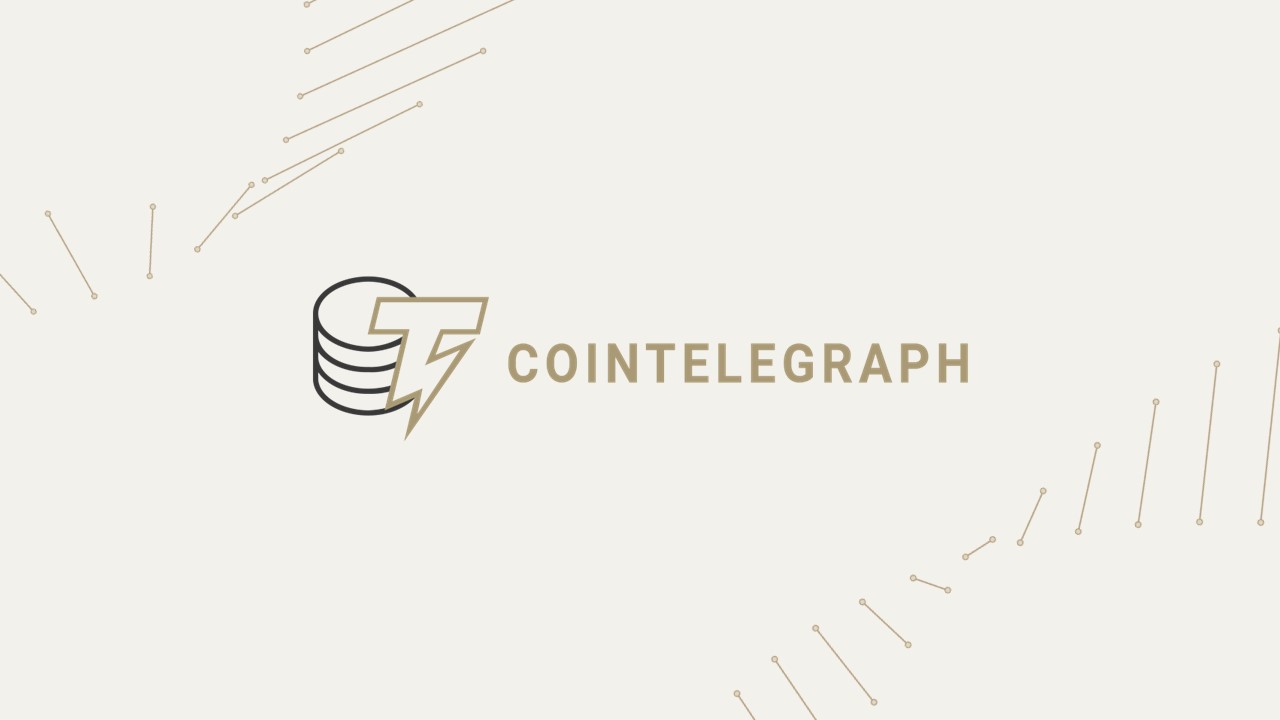 DeFi can breathe new life into traditional assets
The real changes in the financial world are starting with combining DeFi and CeFi, which is paving the way to mainstream crypto adoption.
Jul 14, 2022